Canada is a country in the northern part of North America. Its ten provinces and three territories extend from the Atlantic to the Pacific and northward into the Arctic Ocean, covering 9.98 million square kilometers, making it the world's second-largest country by total area. Canada's southern border with the United States is the world's longest bi-national land border. Its capital is Ottawa, and its three largest metropolitan areas are Toronto, Montreal, and Vancouver. As a whole, Canada is sparsely populated, the majority of its land area being dominated by forest and tundra. Consequently, its population is highly urbanized, with over 80 percent of its inhabitants concentrated in large and medium-sized cities, many near the southern border. Canada's climate varies widely across its vast area, ranging from arctic weather in the north, to hot summers in the southern regions, with four distinct seasons. 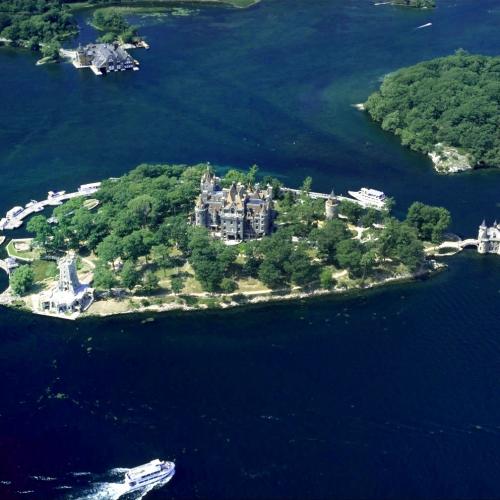 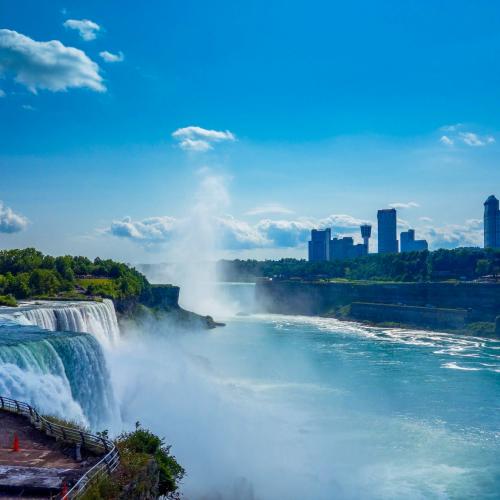 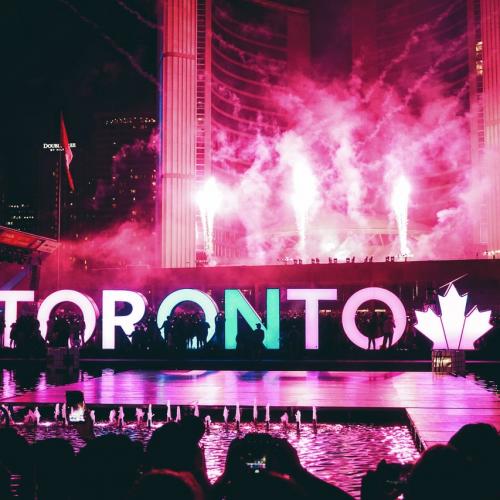 As the second largest country in the world, Canada's incredible geographical variety is a significant tourist attractor. Much of the country's tourism is centered in the following (busiest) regions: Toronto, Montreal, Vancouver/Whistler, Niagara Falls, Vancouver Island, Calgary/Canadian Rockies, British Columbia's Okanagan Valley, and the national capital region Ottawa. The large cities are known for their culture, diversity, as well as the many national parks and historic sites.

Canada is a modern country with advanced technology and it is capable of securing its energy from Transboundary resources. This country has vast natural resources, and some of its provinces are heavily dependent on the use of these resources. The climate is temperate in the southwest, where Vancouver and Victoria are located in British Columbia. Toronto is also one of the most important cities in the country.

Niagara Falls is within a two-hour ride from Toronto. It is the largest waterfall in terms of the amount of water. There is also a European-Style village with the same name (Niagara-On-the-Lake), laying 25 km from the Niagara Falls which attracts many tourists.

About 80% of the Canadians live in the cities less than 250 km away from the United States. English & French are the two official languages in Canada. French is the mother tongue of about 6.6 million Canadians. Most French speakers live in the province of Quebec. But about 1 million people live in other Canadian provinces.

Canada is a member of the G-8; The Group of Eight (G8) refers to the group of eight highly industrialized nations. It has very rich mineral resources and advanced industries such as automotive, chemical and petrochemical industries, food, wood and paper industries, mineral and metal industries, fisheries and agricultural products such as wheat, oilseeds, fruits, vegetables and tobacco.

Canada is one of the wealthiest countries in the world, and its economy varies widely. Canada is among the world's top 10 producing countries. Canada's largest manufacturing companies are located in the two provinces of Quebec and Ontario.

The CN Tower in Toronto is the world's first telecommunication tower. The Yonge Street, which begins on the outskirts of the Ontario Lake in the south of Toronto, is the longest street in the world. The street passed through a number of cities to 1896 km by 1990, and ended up in the Lake Huron. But today, with the construction of the bridge, its length is reduced to 86 kilometers, but is still the longest street in the world.

The world's longest national highway the Trans-Canada Highway is 7821 kilometers long, reaching the eastern coast of Canada in Newfoundland to its western coast in British Columbia.

Canada owns one fifth of the world's freshwater supplies. 75% of electricity is produced by hydroelectric power plants. Ontario's province alone has more than 250,000 lakes and over 100,000 kilometers of rivers.

Canada saw a record-breaking number of international tourists in 2017. Statistics Canada says international tourism set an annual record during Canada 150 last year, with 20.8 million trips of one or more nights’ stay. All these visitors should apply for a tourist visa and complete governmental forms. A general rule of tourists stay is licensed for 6 months. A tourist visa can be issued with a single entry permit, multiple entries or transit passes.